Opportunity Junction Donors Share the Stories Behind Who Inspired their Contribution

Individual contributors to Opportunity Junction often donate in the name of a departed loved one who was emblematic of our mission.

This month, we're featuring some of the people who inspired these contributions.

Opportunity Junction exists to help motivated job seekers develop the skills and confidence to launch careers that lead to financial security. But that wouldn't be possible without the support of our local community members, who have contributed their time and finances to our cause. Many of our individual donors often give on behalf of a loved one who passed away - someone who lived their life teaching, giving, and uplifting others.

We're honored to feature some of those people who inspired others to give.

Francis Frey was a longtime Antioch educator and a dedicated member of the Kiwanis Club, Martha Goralka shared.

"I got to know him when we served together on the board of the Delta Learning Center in the late '80s early '90s," Martha said. "Even after he left the board, he continued to stop by the Center and also continued to donate to the Center's scholarship fund."

The Delta Learning Center is a nonprofit tutoring organization, founded by a retired school psychologist, Bess Combs, in 1976.

"Fran was an amazing man, and I was honored to know him," Martha continued. "I think a donation in his name was appropriate because he believed everyone should have a chance to succeed in life." 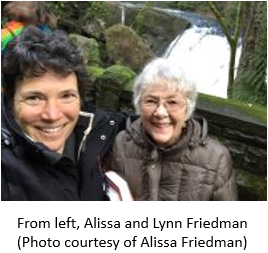 Whatever else Lynn Friedman was doing - teaching, raising children, or studying for her Ph. D (which she earned at age 60) - she was always engaged in working for justice and fairness, said her daughter, Alissa Friedman.

"She was generous in supporting work that she believed in, and she also got directly involved," Alissa continued. "She canvassed, organized, wrote letters to the editor, and marched."

When she died in August of lung cancer, at the age of 88, she was serving a term as an elected representative on the Franklin County Democratic Coordinating Committee.

"That burning desire to make the world a better place for everyone lives on in me," said Alissa, "so I am honoring her memory with my gift." 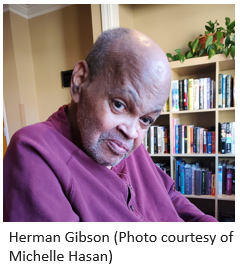 "(My siblings and I) were the most important part of his life," Michelle said. "There was always enough of everything even though we were not rich … I am a strong and resilient person because of his unconditional love."

When asked why she donated to OJ in Herman Gibson's name, Michelle said that her father was someone who treated everyone with kindness and respect, teaching his children to support those who had the least. 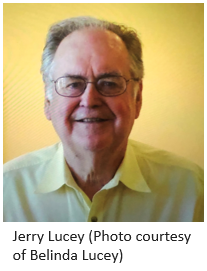 Given that several OJ contributors donated in his name, others knew this as well. Jerry was a partner in a labor and employment law firm for over 30 years. During that time, he did pro bono work for a nonprofit agency protecting women from domestic violence. After he retired, he was one of the first men to volunteer to work with children in the agency's shelter.

"During our search with the East Bay Community Foundation, looking for good groups for our annual donations, we found Opportunity Junction," Belinda continued. "Jerry was most impressed with its mission and leadership."

Belinda said Jerry was especially pleased to find an organization based in Eastern Contra Costa - an area in need of support - that also helped women to improve their employment skills.

"I'm so pleased that almost two years after his unexpected death he is still making a difference." 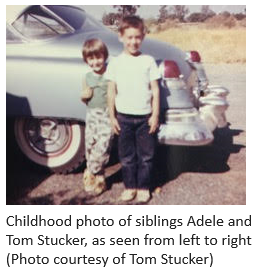 "Workers in this field are saints," Tom said.

"The talent involved in the care of Alzheimer's patients does involve technical abilities, but these abilities are vastly overshadowed by the health worker's humanity working with the patient and, just as importantly, the family members enduring the horrid years of decline." 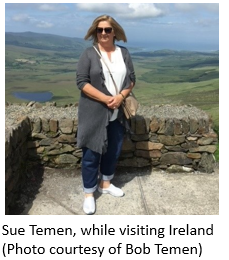 As a librarian and substitute teacher at Holy Rosary School in Antioch, Sue thoroughly enjoyed interacting with children. She also loved to travel, especially to anywhere close to the ocean, Bob added.

"She was loved immensely."